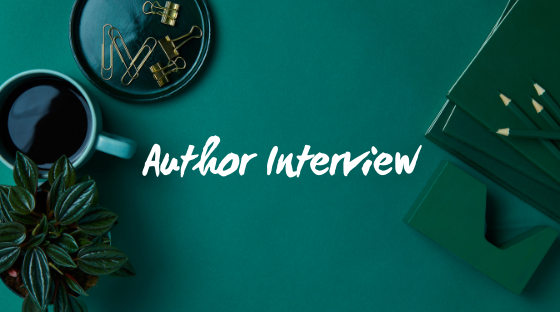 Shannon Kent is the pen name of Shannon Sue Dunlap. (You are correct if you assume the last name is a Superman reference.) Her penchant for happy endings began early, and she was thrilled to find more of these in the fun and flirty world of Korean Dramas. Her trip to their beautiful homeland offered many colorful experiences that she included in her two stories for the My Korean Crush Series, Flower Boy Tour Guide and Reality Show Romance. She likes to share her opinions with fellow fans under the pen name Dramarookie at the Dramas with a Side of Kimchi blog. Shannon has also released her first inspirational romantic suspense novel Decoy Valentine.

I loved books so it didn’t occur to me to create them. It felt almost like writers needed a special calling delivered by a dove with a scroll in its mouth. But I found myself nearing the end of four years of college studying music without a clear plan for my life. The opportunity arose to go for an M.A. in Journalism, and I took it.

My scenes spill out like candy from a vending machine, in no particular rhyme or order. Some writers prefer to outline their entire novel before they start. I don’t even know for sure what’s going to happen until all is said and done. Sometimes my own characters make me laugh out loud when they surprise me.

Life. Flower Boy Tour Guide grew from my own love of Korean Dramas and a trip I took to South Korea. Reality Show Romance came from an idea I’d had in the past about a reality show contestant falling in love with someone behind the camera while she’s supposedly dating in front of it.

Watch Korean drams, listen to Frank Sinatra, and traveling. My parents raised me on the go, visiting so many different states, and I guess it got into my blood. It’s been awful being confined during the last year. I want to be in a foreign country again, experiencing new cultures, and soaking in the inspiration.

Writing can lead to personal discoveries. The heroine of Decoy Valentine struggles to turn people down when they request a favor. Someone in my writer’s group asked me if I had the same problem, and my immediate response was to deny it. Then I tried to think of how many times I’d actually told someone No. Imagine a lightbulb going off over my head. So many times, I’ve been stuck with something I didn’t want because I couldn’t refuse a friend. Now that I’m aware of the problem, I can work on it. It’s okay to say No.

Find what motivates you. When I tried forcing myself to write for a certain amount of time, say an hour a day, I’d keep glancing at the clock like a kid waiting for recess. My focus strayed from the story. I discovered that setting a word count goal works much better for me. If I finish quickly, great. If I don’t, I can keep at it until I meet the goal. But every writer is unique. The important thing is to keep writing.

I like reading the story aloud when I’m editing. The way the words sound in my mouth gives a whole different feel to them. And I love when I’m reading it to someone, and I hear their reaction. Laughter is one of the biggest compliments to me.

Words that capture you and carry you off to another world until you’re unaware of where you are or what time it is.

It wasn’t being a writer. I even received a medal for writing when I graduated high school, but the light bulb still didn’t go on. I wanted a very traditional wife and mother role.

I love quirky side characters, and Decoy Valentine had a pushy, but memorable mayor’s wife. The thought struck me one day. What if Lanette got upset at her husband and decided to run against him in the election? That led to a sequel romance between two campaign managers as they maneuver the pitfalls of small-town politics. It’s still in the works, but readers can find three romances by me at various online stores, including Amazon.

If a reader signs up for my monthly newsletter at https://dl.bookfunnel.com/6cpwi2gaih, they can receive an e-copy of my romance novella Flower Boy Tour Guide as a gift.

When Susanna Kelly returns to her hometown of Sweetheart, Texas and its quirky, lovable citizens, her peace of mind is shattered by heart-shaped notes with sinister messages. Daniel Sheppard, Asian American bestselling author and her childhood friend, offers to play the role of her boyfriend to discourage the stalker, but Susanna resists. Pretending to be a couple? Who would buy it?

The note writer’s mind games force her to reconsider. Susanna accepts Daniel’s crazy plan, but her heart acts up whenever she’s near her decoy valentine. Comfortable, uncomplicated Daniel has turned into a full-grown man who makes her senses spin. As she tries to sort out her feelings, the make-believe romance has the opposite effect intended. Harmless notes turn into life-threatening accidents, and Daniel and Susanna must find out who’s behind the attacks before they can decide if their temporary relationship is a heaven-sent gift meant to last forever.

Daniel looked down the darkened street. He didn’t like it. But this was her decision. All he could do was stay close and make sure she was safe.

“Zanna, someone is watching you. He knows when to leave the notes so you won’t see him.”

Her shoulders bunched as she looked around.

“That’s right. He might be spying on us even now. Why are you downplaying it?”

She moved closer. Her eyes raised to his. “Because I don’t want it to be true. I don’t want something that ugly and scary anywhere near me. Near my home. Near my memories. I don’t want to walk down this well-known, comfortable street and have to look over my shoulder every minute.” Her voice cracked. “I don’t want things to change.”

Daniel wrapped his arms around her. He tugged her close. Her hands slipped underneath his coat and encircled his waist. She burrowed her face against his chest like she was begging him to hide her. His heart twisted at her vulnerability.

“Don’t worry, Zanna.” He pulled the sides of his coat to cover her in a soft cocoon. “Your backup’s here. I won’t let anything happen to you.”

His stomach tightened, even as he said the words. He scanned the street. Paper mâché hearts hung from the lampposts and white lights strung around iron benches and store windows. A romantic wonderland. But somewhere a villain hid. Ready to spoil the fairy tale setting. Could he keep his promise and protect her?

Dear God. He raised his eyes to the sky. What should I do?

A thought popped into his mind, but it didn’t seem Heaven-sent. It seemed crazy, even to him. His brain flashed through the other options, but he kept returning to that first idea. Susanna needed round-the-clock protection. His scenario was a little unusual. Even over-the-top. But it might discourage more than one unwanted man in Susanna’s life.

He cleared his throat and moved back. “I have a suggestion. Buck’s been bothering you. And you never know when the next note is going to appear.”

“Thanks for recapping my terrible day.” Susanna tugged at the scarf around her neck.

“I’ve got the perfect plan.” Daniel almost lost his nerve. He took a deep breath and went for it. “Let me be your valentine.”

A cowardly inclination urged him to play it off. Say it was nothing. Instead, his mind shot a quick prayer to Heaven, and he dived into the deep end.

“I said you should let me be your valentine.” He swallowed. “Your boyfriend. Then everyone will see you’re taken.”

If a reader signs up for my monthly newsletter at https://dl.bookfunnel.com/6cpwi2gaih, they can receive an e-copy of my romance novella Flower Boy Tour Guide as a gift.